Oscar Olivera is the executive secretary of the Cochabamba Federation of Factory Workers and spokesperson for the Coalition in Defense of Water and Life, known as La Coordinadora, that led demands for the water system to stay under local public control. A world-renowned environmental leader and recipient of the 1993 Alternative Nobel Peace Prize (the Right Livelihood Award), Shiva has authored several bestselling books, most recently Earth Democracy. Activist and scientist, Shiva leads, with Ralph Nader and Jeremy Rifkin, the International Forum on Globalization. Before becoming an activist, Shiva was one of India's leading physicists. 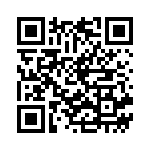