En fin. What a slog. Up until the aftermath of WWII, it’s a 3. Afterwards and for the rest of the book, giving it two stars would be a kindness. What an interesting, contradictory character de Gaulle ... Leer reseńa completa

Professor Julian Jackson FBA, FRHistS is a leading historian of 20th-century France. He was educated at Cambridge University where he obtained his doctorate in 1982. After working for many years at the University of Wales, Swansea, he joined Queen Mary History Department in 2003. He has been on the editorial board of French Historical Studies and is at present on the editorial board of French History. He was elected a Fellow of the British Academy in 2003. In 2001 he published A large history of France under the Occupation, France: the Dark Years 1940-1944 (Oxford University Press: 2001) which aimed to offer the largest and most wide-ranging synthesis on the subject in any language. Jackson's most recent books include, The Fall of France (2003), which was one of the winners of the Wolfson History Prize for 2004. France: the Dark Years 1940-1944 and De Gaulle (2003) were translated into French. 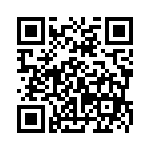