Ted Hughes was born on August 17, 1930 in England and attended Cambridge University, where he became interested in anthropology and folklore. These interests would have a profound effect on his poetry. In 1956, Hughes married famed poet Sylvia Plath. He taught at the University of Massachusetts at Amherst from 1957 until 1959, and he stopped writing altogether for several years after Plath's suicide in 1963. Hughes's poetry is highly marked by harsh and savage language and depictions, emphasizing the animal quality of life. He soon developed a creature called Crow who appeared in several volumes of poetry including A Crow Hymn and Crow Wakes. A creature of mythic proportions, Crow symbolizes the victim, the outcast, and a witness to life and destruction. Hughes's other works also created controversy because of their style, manner, and matter, but he has won numerous honors, including the Somerset Maugham Award in 1960, and the Queen's Medal for Poetry in 1974. His greatest honor came in 1984, when he was named Poet Laureate of England. Ted Hughes died in 1998. 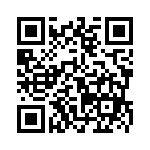