Tomás Graves lives in Deiŕ, Majorca. He is a master craftsman of typographic design and letterpress printing and formerly operated the New Seizin Press with his wife, Carmen. He also plays in a rock band, contributes articles to Connoisseur magazine, and is the author of A Home in Majorca: A Practical Guide to the Traditional House and Rural Life. The son of celebrated British poet and classicist Robert Graves, he was born and raised in Majorca. 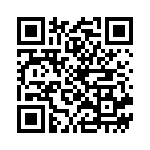