Arguably Habermas' most important work, at least among those translated from the German into English. It is also a work of immense learning; one not easily penetrated despite a careful translation ... Leer reseþa completa

Too many long words. Even if he only used the word "hermeneutically" just once that is way too often... Leer reseþa completa

J■rgen Habermas is Professor Emeritus of Philosophy at the University of Frankfurt and Professor of Philosophy at Northwestern University. He was recently awarded the 2004 Kyoto Prize for Arts and Philosophy by the Inamori Foundation. The Kyoto Prize is an international award to honor those who have contributed significantly to the scientific, cultural, and spiritual betterment of mankind.

William Rehg is Associate Professor of Philosophy at Saint Louis University. He is the translator of J■rgen Habermas's Between Facts and Norms: Contributions to a Discourse Theory of Law and Democracy (1996) and the coeditor of Deliberative Democracy: Essays on Reason and Politics and Pluralism (1997) and The Pragmatic Turn: The Transformation of Critical Theory (2001), all published by the MIT Press. 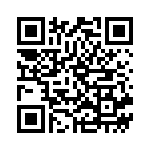