Samuel Hawley was born and grew up in South Korea, the son of missionary parents. After earning BA and MA degrees in history from Queen's University, he returned to East Asia to teach English for a year and ended up staying there for nearly two decades before retiring in Kingston, Ontario to become a full-time writer. He is the author of the nonfiction books Speed Duel: The Inside Story of the Land Speed Record in the Sixties, which received starred reviews in both Publishers Weekly and Library Journal; I Just Ran: Percy Williams, World's Fastest Human, named one of the five "Best Sports Books of 2011" by the CBC (Canadian Broadcasting Corporation); and the monumental The Imjin War, the most comprehensive account in English of Japan's sixteenth-century invasion of Korea and attempted conquest of China, hailed as "magnificent" by the South China Morning Post. Bad Elephant Far Stream is his first novel. 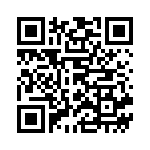