I really enjoyed this book. I may not have agreed with all his ideas, but he really does have some good ones. I think maybe trying to make the world more environmentally friendly is a good way to create jobs and get this economy going. Leer reseńa completa

Separates the truth from the slander and lies of the Republican Party. The charts and data are amazing. Everyone voting in the upcoming American presidential election needs to read this book. Leer reseńa completa

William Jefferson Clinton was born William Jefferson Blythe IV on August 19, 1946 in Hope, Arkansas. His father, an automobile parts salesman, was killed in a car accident three months before he was born. At the age of fifteen, Bill changed his name to that of his stepfather Roger's as a gesture of goodwill to both him and his mother. Clinton attended Hot Springs High School where he was very active in the student government, among other things. In 1963, Clinton was chosen to attend the American Legion Boys State, a government and leadership conference in Little Rock, where he was elected a senator and given the opportunity to go to Washington D. C. and meet President John F. Kennedy. Clinton attended Georgetown University after he graduated from high school, where he majored in International Studies. He interned for Senator William Fulbright of Arkansas, and with him became an opponent of the Vietnam War. Clinton won a Rhodes scholarship to Oxford where he studied for two years before attending the University of Arkansas Law School. There he was issued a draft letter and joined ROTC, but was never called up since he received a high number for the draft lottery. In 1970, Clinton entered Yale Law School and worked for George McGovern's presidential campaign in 1972. He graduated from Yale in 1973, and worked for a short time in D. C. as a staff attorney for the House Judiciary Committee. In 1974, Clinton entered his first political race, against Congressman John Paul Hammerschmidt, losing to the Congressman by 2 percent. In 1976, he was elected Arkansas Attorney General and in '78 ran for Arkansas Governor, winning the race 63% to 37%. He lost the reelection two years later because of Cuban refugee issues, but regained the title in 1982, and held it till he became President in 1993. Bill Clinton announced his run for President on October 3, 1991, and with Al Gore as his Vice President, took office on January 20, 1993 at the age of 46. He was one of the youngest men to hold the office of President and the first Democrat to be elected since 1976. As President, Clinton worked on health care reform, cut federal spending, created jobs, reduced the deficit and enacted the Assault Weapon Ban as part of the Crime Bill. He also helped Israel and Jordan achieve a peace treaty, enabled a peace accord between Israel and Palestine and contributed to the cease fire in Northern Ireland. Clinton stepped down from the Presidency in 2000 to make way for George W. Bush, and established himself in offices in Harlem, New York City, New York, while his wife was elected to the U.S. Senate, representing New York State. 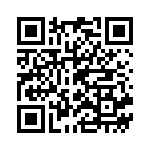