If this book doesn't make you angry at what this family - and most importantly that boy forced to live as a girl - went through, you didn't read it right. A startling effective account of a true story that should not be forgotten. Leer reseńa completa

Subtitle: The Boy Who Was Raised As a Girl From the book jacket: In 1967, after a baby boy suffered a botched circumcision, his family agreed to a radical treatment. On the advice of a renowned expert ... Leer reseńa completa

John Colapinto has written for Vanity Fair, The New Yorker, Esquire, Mademoiselle, Us Weekly, and Rolling Stone, where the landmark National Magazine Award-winning article that was the basis for As Nature Made Him first appeared. He is also the author of the novel About the Author. He lives in New York City with his wife and son. 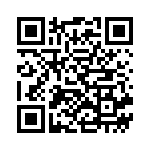