Luther Wright is a former NBA player with the Utah Jazz. He was a standout at Seton Hall University and won a state champion as the center for Elizabeth High School. Today he is an assistant coach at a junior college in New York City and works with a youth group at his church.

Karen Hunter is a Pulitzer Prize–winning journalist, a celebrated radio talk-show host, and coauthor of numerous New York Times bestsellers, including Confessions of a Video Vixen, On the Down Low, and Wendy’s Got the Heat. She is also an assistant professor in the Film & Media Department at Hunter College. 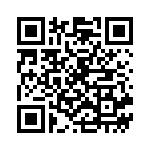