Interesting book describing the history of the photographic lens from the start of photography until around 1980. One sees the lens evolving from a single two-element telescope objective to very ... Vollständige Rezension lesen

Rudolf Kingslake (1903-2003) was a founding faculty member of the Institute of Optics at The University of Rochester (1929) and remained teaching until 1983. Concurrently, in 1937 he became head of the lens design department at Eastman Kodak until his retirement in 1969. Dr. Kingslake published numerous papers, books, and was awarded many patents. He was a Fellow of SPIE and OSA, and an OSA President (1947-48). He was awarded the Progress Medal from SMPTE (1978), the Frederic Ives Medal (1973), and the Gold Medal of SPIE (1980). 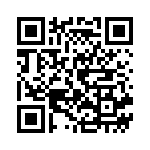