Toby Miller is Professor in the Cinema Studies Department at New York University. He is the author or editor of a wide range of work in cultural studies, including A Companion to Cultural Studies (Ed. Blackwell Publishing, 2001), Technologies of Truth (1998) and (with Alec McHoul) Popular Culture and Everyday Life (1998). He is also co-editor of the journal Social Text and (with Robert Stam) co-editor of Film and Theory: An Anthology (Blackwell Publishing, 2000).


Robert Stam is Professor in the Cinema Studies Department at New York University. His many books include Film Theory: An Introduction (Blackwell Publishing, 1999); Tropical Multiculturalism: A Comparative History of Race in Brazilian Cinema and Culture (1997); Unthinking Eurocentrism: Multiculturalism and the Media, with Ella Shohat (1994), which won the Katherine Singer Kovocs “Best Film Book Award”; and Subversive Pleasures: Bakhtin, Cultural Criticism, and Film (1992). He is also co-editor (with Toby Miller) of Film and Theory: An Anthology (Blackwell Publishing, 2000). 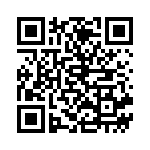